Good Times on the Golf Course

The natural beauty of Redstone engages the senses and evokes many happy memories for our members — both on and off the course. This month we revel in some of those fond memories as we honour the late Richard Daoust, a friend, colleague and member who brightened our days on the green and left a lasting legacy behind. 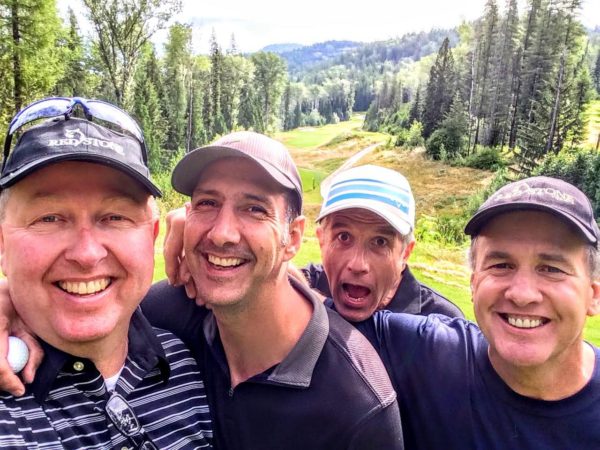 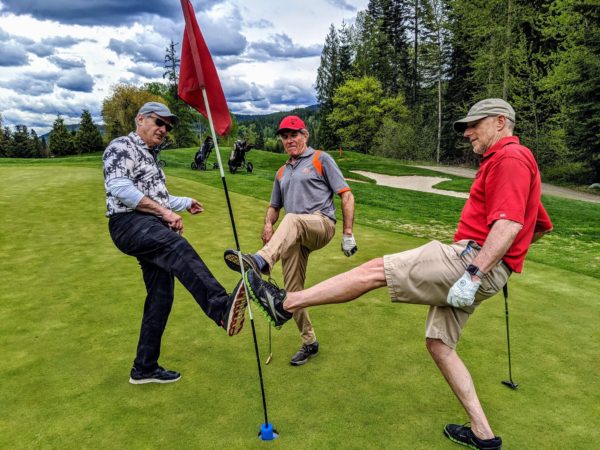 “Rich was my friend and colleague for nearly 20 years. As the former owners of Century 21, Richard Daoust and Mary Martin were a hell of a team,” shares Redstone Owner Cary Fisher. “Rich always came to meetings with a smile and a positive word or two. He must have had the occasional bad day, but he hid it well. He was always up for a little verbal sparring but in a humorous and kind way. He never cut through a person with his sarcasm. He never made a person feel small. He was a fierce competitor in the things that mattered but never took himself too seriously.” 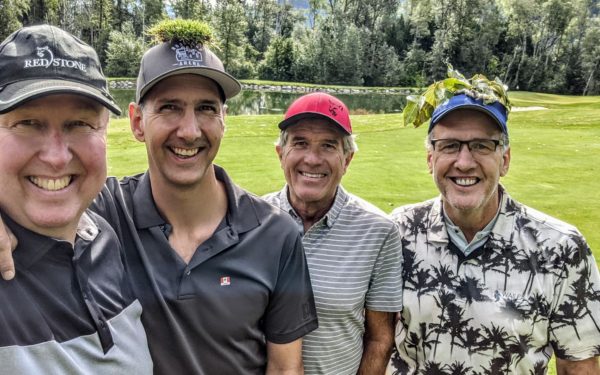 A Legacy of Respect (and Pond Dips)

Richard and his wife Mary Martin founded Century 21 Kootenay Homes, and Richard was also instrumental in establishing the Redstone lifestyle, a concept he demonstrated as a member and avid golfer. He’d often be out golfing with friends — Robert Felsch, Scott Daniels, Frank Conradie and Bob Reardon — and occasionally, if it was too hot, he’d strip down and jump in a pond for a reprise from the heat. It’s this spirit that we miss most of all.

“I may miss the days I don’t get to banter with Rich, but I appreciate the legacy he left at the Century 21 offices,” adds Cary. “His competitive nature and love of verbal banter is still alive in the realtors he trained, and the respect he had for his co-workers is a culture we all share.

“As the new owners of Century 21, my wife Melannie (Vokeroth) and I are privileged to be the custodians of this business. The realtors, staff, and owners honour Richard and Mary every day by being honest, funny, and positive. We love this community and this business, and it will operate the way Richard and Mary intended for years to come.” 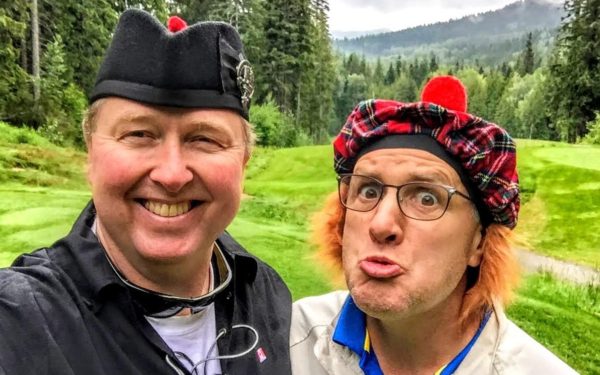 Give Back, Play Golf

Richard was diagnosed with a highly aggressive form of early-onset Alzheimer’s when he was 59. He lost his battle this past spring at 64 years old. A Celebration of Life will take place directly after the Forget Me Not Mixed Open Tournament on July 9th, which will raise funds for the Garden of Gratitude Project this year in addition to the Alzheimer Society of BC.

“My dad was very clear that he didn’t want a funeral of any sort,” says Jen Daoust, Richard’s eldest daughter. “In the past, he would have huge parties for all the Century 21 staff. It was a big thing, and they’d go all out. That was kind of a reflection of who my dad was. He was a jokester, he liked everyone to have a good time, and he also loved to golf. So we thought, what better way to celebrate him than at Redstone after a round of golf for an important cause?” 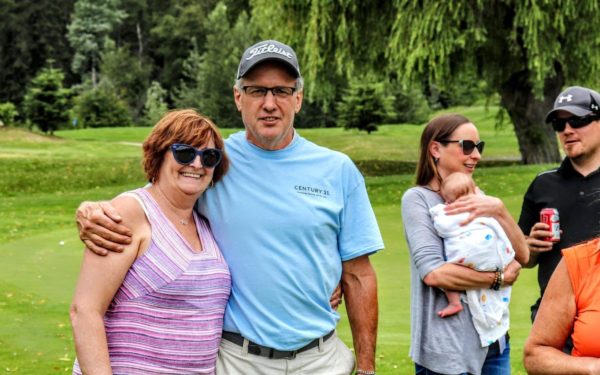 (Rich and his wife Mary)